JTalk: Learning to listen to one another effectively

Our services this Shabbat, August 5th and 6th 2016

Tributes to the late Simon Hochschild, pillar of our community 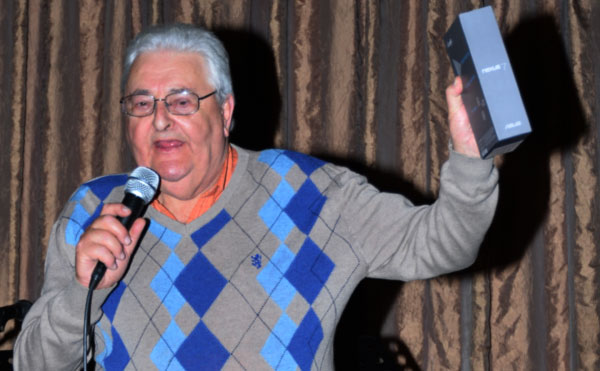 Simon Hochschild, former chairman of Beit Emanuel and a pillar of the community for decades, died on Sunday afternoon. He was 76 years old and had been in ill health for some months. Simon was associated with all three Johannesburg congregations, growing up at Temple Israel, becoming a founder member of Bet David, and playing a central role at Beit Emanuel for the past 25 years.Hundreds of people attended the services in his honour this week at Beit Emanuel.

Tributes to Simon have come in from around the world. Here are three from former chairmen of the congregation and close associates of Simon’s:

From Kito Holz in London:

Simon and I met in 1967 on a kibbutz in Israel. We were both volunteers in the six day war and shared accommodation.

From that time onwards our paths crossed on many occasions. For a time we worked for the same company. My wife Moira taught both Leanne and Graeme in primary school. We then both became involved in Shul affairs. Simon initially was a founding member of Bet David, where his name is inscribed. We became close friends from the 80’s onwards after Simon and his family joined Beit Emanuel. Simon was a loyal and generous friend always willing to help. As an office bearer and member of Beit Emanuel Simon would volunteer for any task that needed to be done. Often in committee meetings when no one else wanted the outstanding task, it was Simon who would put up his hand and get involved. He was the ideal person to welcome strangers to the Shul. He could get people talking and make one feel at ease. Simon you will be sorely missed by all.

When my family first joined Beit Emanuel in 1997, Simon was the person who welcomed us.

His warm friendliness helped to integrate us into the community and marked the beginning of a lasting friendship. Throughout the years, he never failed to take an interest in what my boys (now young men) were doing, to share in our joys and to offer his support at times of illness or bereavement.

I will remember him particularly for his gentle courtesy to me, not to mention the frankness of exchanges that were based on mutual respect. Simon gave decades of loving service to Beit Emanuel; as he used to say, his commitment came from the heart.

He served in more capacities and on more committees than I can begin to recall; he was a member of the Board of Guardians at the time of his death, thus holding a position that was especially meaningful to him. Only three days before his passing, he joined the small group working on the allocation of High Holy Day honours for 2016, bringing us the benefit of his extensive knowledge of the congregation

. It seems right that our last conversation should have taken place in that context. I will miss Simon sadly, although his passion for our community remains vital within the spiritual fabric of Beit Emanuel.

Simon-The Mensch: Simon was kind, gentle, friendly, hospitable, reliable, honest, generous, diligent, respectful, respected and 100% committed to his family, friends & community.  He was a TRUE MENSCH. I had the great privilege of being Simon’s friend for more than 23 years. Cheers, my friend.

Permanent link to this article: https://www.beitemanuel.co.za/2016/08/05/tributes-to-the-late-simon-hochschild-pillar-of-our-community/